The ISTE endorsed Making IT Happen Award, is presented by the EdTechSA Management Committee for members who have given outstanding service or make significant contribution to the Association. It also acknowledges contribution and innovation in the field of educational technology. 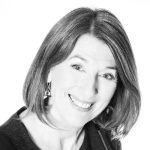 Monica is the 2019 EdTechSA winner of the International Society for Technology in Education Making IT Happen award and is part of the team that won the 2017 Australia Computer Society: Service Transformation for the Digital Consumer Team Award (NFP) for project design and implementation of an emerging technology.

Monica’s recent work has focused on how emerging technologies transform the roles of teacher and learner. Monica collaborated with AISSA schools and university researchers on a four year project investigating the impact of humanoid robots on student learning. She has supported school leaders build capacity in their teachers to embed ICT into effective pedagogical practice and continues to support school leaders and teachers foster reconciliation through RAPS and embedding Aboriginal and Torres Strait Islander perspectives into school culture.

Monica has many years experience in enterprise software as both a vendor and client. She was a core member of the team that designed and implemented a government education solution. She defined the teaching and learning requirements and supported the pedagogical change management. She was Involved in high level functional design, tender response, pre-sales workshops, business requirements, detailed functional design, collaboration with technical teams, change management, UAT and implementation.

Monica is an active and committed promoter of EdTechSA and the work we have been doing to progress the  concept of Thinking Technologically.

A thought leader and deep thinker on what it means to support teaching and learning for all learners.

She is a very worthy award winner and we look forward to continuing an active and innovative partnership with Monica and her work.

The EdTechSA / ISTE Making IT Happen Award is awarded by the EdTechSA Committee to an individual who has made outstanding contributions to the promotion of digital technologies in learning.

The International Society for Technology in Education (ISTE), and its affiliates have presented this award to more than 500 educational leaders since the program began in 1995. Past winners of the award in South Australia are Sue Urban (2015) and Professor Katrina Falkner (in 2016).

Winners receive an exclusive Making IT Happen jacket, an award certificate, a one-year ISTE membership, recognition within ISTE, and an invitation to the awards celebration at the ISTE conference. And best of all, they join the ranks of a very distinguished group of leaders around the world who continue to make great things happen every day!

We are pleased to announce that this year’s EdTechSA/ ISTE Making IT Happen Award winner is Tina Photakis.

Tina has been a member of EdTechSA (formerly CEGSA) since 1999. She joined the management committee in 2002, serving in different roles, as the EdTechSA representative on
The Council of Education Associations of South Australia, State Conference Convener, Professional Development Coordinator, Deputy Conference Chair for the national ACEC2014 conference, Vice-President from 2011 to 2014, and President in 2015 & 2016.

Tina is passionate about collaboration and global learning and was involved from 2004 with the Oracle Foundation International ThinkQuest competition, as a participating online coach for 5 teams, including coming second in 2005 and winning a trip with the team from 3 different countries to San Francisco. She has been a judge and provided Professional Learning for ThinkQuest locally, nationally and globally, including in Singapore, Romania and the USA.

In 2009, she coached 2 teams in the inaugural ThinkQuest Australia competition, winning a trip with her team from Cowandilla Primary School to ACEC2010 in Melbourne.
She was awarded CEGSA Educator of the Year in 2011.

Tina is currently a teacher at Cowandilla Primary School, and embeds digital technologies throughout all her teaching subjects. She is a keen participant in online global projects, including the Travelling Teddy project. Her enthusiasm inspires her students.

Tina actively engages in personal professional learning, participating in face-to-face and online PL activities. She has attended the US ISTE conference for the last 7 years, both as an individual delegate, presenter, and representative of EdTechSA and The Australian Council for Computers in Education as the ISTE Affiliate representative at the Affiliate Leaders’ Day.

In conferring this award, the EdTechSA Committee acknowledges Tina’s remarkable energy and enthusiasm to connect educators on a local, national and international level. Tina is a true social networker, active on Twitter and other social media platforms, Tina doesn’t just follow the world’s leading educators, she converses with them and she is not afraid to begin conversations with innovative thinkers that she might be able to get to come to South Australia to share their thoughts and ideas.

Tina is a “people person” valuing personal connections across the globe, and has a talent for recognizing international forward thinkers. She seems to know just about everybody involved in education and technology around the globe. She has been instrumental in ensuring names such as George and Alex Couros, Stephen Heppell, Alice Keeler, Paula Christophersen and of course Taj Pabari at this year’s conference, come to South Australia for deep learning conversations with South Australian educators. She has organized State EdTechSA and National ACCE conferences, as well as being one of the primary sources of inspiration for our EdTechSA Professional Learning programs.

Her passion for making global connections, facilitating Professional Learning for others, and commitment and enthusiasm to ensuring that EdTechSA remains a world leader in educational technology learning and community are the primary reasons for awarding her the EdTechSA/ ISTE 2017 “Making IT Happen Award”.

We had great pleasure in inviting Professor Katrina Falkner, the 2016 Making IT Happen Award winner, to present Tina with her award.

EdTechSA has pleasure in announcing Associate Professor Katrina Falkner, from the University of Adelaide, as the Making IT Happen awardee for 2015.

This award is made by EdTechSA in conjunction with the International Society for Technology in Education (ISTE) to acknowledge and honour the outstanding work of local educators who demonstrate extraordinary commitment, leadership, courage and persistence in improving digital learning opportunities for students.

EdTechSA congratulates and thanks Katrina for her continuing outstanding work in supporting educators and students in our state.

It is with great pleasure that we award Sue Urban with EdTechSA’s inaugural Making IT Happen Award. This award honors Sue as an outstanding educator and leader who has demonstrated extraordinary commitment leadership, courage and persistence in improving digital learning opportunities for students. She now joins the elite educators from around the world who have received this very special international award.

Sue’s commitment to educational technology is long-standing and has been recognised by:

Over the past 20 years, Sue has demonstrated her capabilities as a respected IT teacher, school leader and exemplary classroom teacher. She has demonstrated her dedication to integrating technology into instructional programs to engage and motivate students and deliver grade-level and standards-based curriculum. Sue has skillfully developed curriculum for students of all year levels (R-12) across different sectors of schooling (State, Catholic and Independent education).

Sue is a strong advocate for the use of technology as a tool for 21st century learning. Her passion for IT and Gifted Education has led to innovative initiatives that have included the development of exciting curriculum for students, online professional development opportunities for teachers and relevant information programs for parents. She was President of the Gifted and Talented Children’s Association from 1999 to 2003 and in that role led the hosting of the World Conference in Gifted Education 2003.

Sue is currently joined the committee in 2001, she has provided strong support and leadership in diverse roles that have included publicity officer, conference organiser, awards committee convener and professional development provider. She has demonstrated a high level of expertise as Treasurer for both the EdTechSA and ACEC2014 committees.

EdTechSA is honoured to award Sue the first Making IT Happen Award.